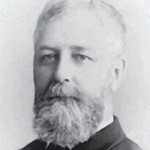 1914 – Ontario adopts Meredith’s recommendations. Other provinces eventually follow Ontario’s lead. New Brunswick brings in its first Workmen’s Compensation Act in 1918. It is important to recognize and remember that workers’ compensation law is, and is intended to be, a separate and distinct area of law. Applying principles from other areas of law, such as tort law or insurance law, may not give the correct answer.

All workers’ compensation legislation in Canada traces its roots back to Meredith. Meredith founded his recommendations on five key principles. Many of the key principles are interrelated and rely on each other to create a workable and cohesive compensation package.

These five principles are the foundation for what is known as the ‘historic compromise’ between workers and employers.

Who we are
General Resources