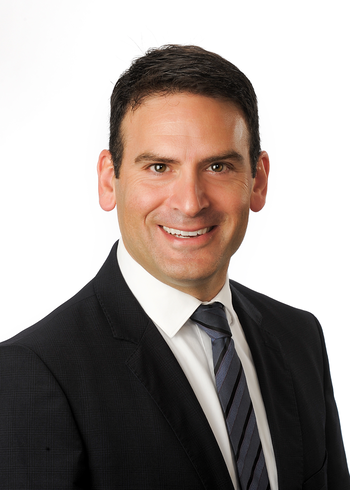 Mel Norton was appointed chairperson of WorkSafeNB’s board of directors on April 11, 2019.

Admitted to the New Brunswick bar in 2000, Norton is a partner in the Lawson Creamer law firm in Saint John, where he’s specialized in labour and employment.

In 2010 he won a Saint John by-election to represent Ward 3 as a city councillor, and, in 2012 ran for mayor, winning in a landslide victory. He held that position until 2016. Norton continues to be heavily invested in his community, having participated in the committee that established the Saint John ward system, and brings significant expertise in board management after serving on the board of the Abbey St. Andrews Mixed Income Housing Project and the Saint John Theatre Company board.

He is a former chair of the Young Lawyers CBA-NB, a former member of the executive of the Labour and Employment Group and a former peer volunteer for the CBA-NB Lawyer’s Assistance Program.

Mel volunteers his time to his profession by teaching seminars and courses in his areas of practice, including the Law Society of New Brunswick’s bar admission course.

He and his wife Stephanie are proud to call uptown Saint John home.